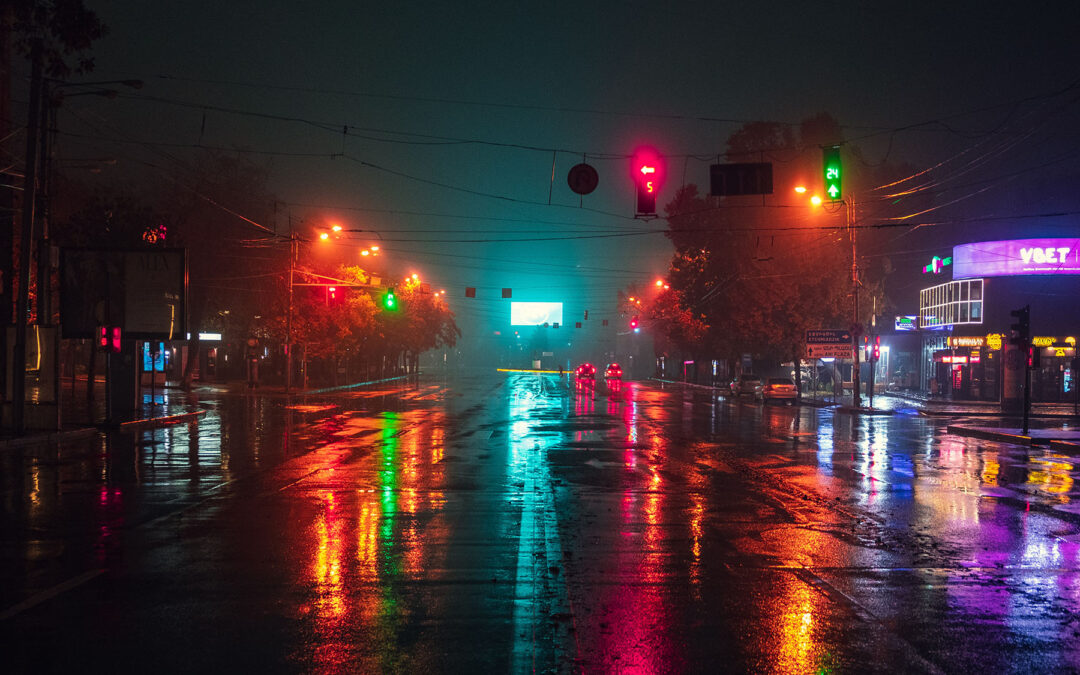 A woman takes revenge on her attacker, with a cyberpunk twist as she hunts him down.

Claire sat on a stool in front of the window bar at the café across the street from the VR salon. From there, she had the perfect view of the salon’s door and she watched intently while sipping her boba. Hugh had been strapped into one of the VR chairs for about 10 minutes according to the timer she had set, so she pulled up her tablet and executed the command she had programmed to make an anonymous police report. Something serious enough to warrant a quick response, but not so dire that they’d come in gun blazing. She’d given detailed instructions for the thugs that kidnapped Hugh on how to arrange the scene at the salon. When the police arrived, they’d disconnect him from the machine and find all the evidence they’d need to convict him of multiple rapes sitting on his lap.

Seven minutes later, two hover cruisers swiftly glided into view, coming to a halt in front of the salon. Two officers exited each cruiser and conferred briefly before walking inside. Claire pulled up the surveillance feed for the salon and watched the four officers approach the rig where Hugh sat. The salon owner had been too cheap to equip cameras that recorded sound, but she could read the officers’ body language easily enough. Confusion gave way to annoyance as they quickly verified that no one else was in the salon and the call that had sent them in was false. They seemed on the verge of leaving when one of them gestured at the paper sign taped to Hugh’s chest blazoned with a single word: Rapist. They leaned in to study the scene, while one picked up his radio to report something. Another donned his gloves and carefully removed the sign then picked up the data stick attached to it. He plugged the stick into his handheld rig, presumably running the necessary security scans.

After a few minutes, his eyes widened at the evidence in front of him and he hurriedly showed his fellow officers. They all huddled around the screen to watch, periodically glancing over at Hugh. When the playback finished, the office disconnected the data stick and put it and the sign in an evidence bag. A debate seemed to ensue whether they should unplug Hugh from the rig and after a few moments they did so. Hugh’s body spasmed when he was disconnected and he immediately curled up weeping. At first, he did not even seem aware of the officers standing over him.

One of the officers took Hugh by the arm, pulling him to his feet. His eyes were wild for a moment, then when he realized what was happening his body sagged and he let himself be led outside. Claire looked up from her tablet to watch the policewoman maneuver Hugh to the back door of her cruiser and settle him in the backseat. Shortly after, a forensics van pulled alongside the cruisers and several techs stepped out to put on their clean suits before carrying their gear in. Claire didn’t envy them trying to extract anything useful from the scene given that the salon looked as though it was cleaned less than once a month. She had provided the hired muscle with the same type of DNA dissolving jumpsuits Hugh had worn to commit his crimes so they couldn’t be tied to the scene.

The responding officers had all returned to their cruisers and were preparing to leave. Claire stepped outside the café to watch them pull away. Hugh was staring blankly out the window as it passed, when he suddenly seemed to notice her. His eyes grew wide with recognition and all remaining color drained from his face. Claire couldn’t help a small smirk from creeping over her face. Turning to face the front, Hugh began to yell at the officers but Claire could tell they were dismissing him. The evidence on the data stick she had left was more than enough to ensure a decades long sentence for Hugh. Even if he now realized that Claire was behind the entire setup, he would never be able to prove it.